LEXINGTON, KY (November 30, 2017)—Investments in public health programs appear to reduce spending in the Medicare program, providing an economic benefit for seniors and the federal budget as growing numbers of baby boomers join program. Results from a new study published in the December issue of the journal Health Services Research by researchers at the University of Kentucky, suggest new directions for containing costs by aligning medical and public health programs.

Public health programs aim to prevent diseases and injuries within the public at large, such as those caused by tobacco smoke, poor nutrition, inadequate physical activity, contaminated food and water, or exposure to infectious diseases like influenza. Logic dictates that these programs, if effective, may reduce the need for costly medical care, particularly as people age and accumulate health problems. But research confirming the existence and the size of this effect, which economists and policy analysts call a “medical cost offset,” has not been available until now.

The new study tracks hundreds of U.S. communities over the period 1993-2013. The researchers measured the amount of money spent annually by local public health agencies in each community, and linked these data with measures of Medicare spending per beneficiary in the same local areas, along with detailed information on demographic, economic and community characteristics. Using an advanced statistical methodology known as instrumental variables analysis, the researchers estimated how public health spending influenced Medicare spending over time, while controlling for other factors that tend to obscure the true causal relationship between these two types of spending.

The results show that Medicare spending per beneficiary fell by about 1 percent for each 10 percent increase in public health spending per resident, with even larger offsets observed in low-income and medically underserved communities. These findings suggest that the federal Medicare program could realize an average of $1.10 in savings for each $1.00 invested in local public health activities over time.

“Local public health agencies appear to generate important but largely hidden economic benefits for their communities, alongside the more visible health benefits,” said Glen Mays, a professor of health policy research at the University of Kentucky and lead author of the study. “Medical providers who participate in Medicare’s value-based payment models like accountable care organizations and shared-savings programs should explore the roles that public health agencies can play in helping to improve outcomes and contain costs,” he noted.

The study cannot rule out the possibility that other factors may contribute to the observed connection between public health spending and Medicare savings in local communities. For example, communities that choose to invest in robust public health programs may support other social and community resources that help to constrain Medicare spending, such as better housing and transportation options for seniors. Nevertheless, the study’s strong research design and analysis make this possibility less likely to affect the results.

The study was conducted as part of the Robert Wood Johnson Foundation’s Systems for Action national research program, which studies new models for aligning the work of medical, social, and public health sectors in ways that improve health and wellbeing. The study appears in the December 2017 issue of Health Services Research, in a special theme issue featuring research on the economics of public health services.

About the Systems for Action National Coordinating Center: The Systems for Action (S4A) National Coordinating Center conducts and supports rigorous research on ways of aligning the delivery and financing systems that support a Culture of Health. Building on a foundation of scientific progress from both health services research (HSR) and public health services and systems research (PHSSR), S4A seeks to identify system-level strategies for improving the reach, quality, efficiency, and equity of services and supports that promote health and well-being on a population-wide basis. S4A uses a wide research lens that includes and extends beyond medical care and public health systems to incorporate sectors such as housing, transportation, social services, community services and supports, education, criminal and juvenile justice, and economic and community development. The Center is supported by the Robert Wood Johnson Foundation and based at the University of Kentucky College of Public Health. For more information, visit www.systemsforaction.org. 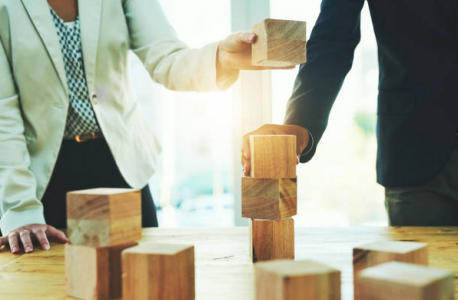